“BRAC has set up a global record for establishing world class development programs. They are very successful in microfinance and they are considered to be one of the most successful organisations globally,” Minister Bhumba said during her visit. 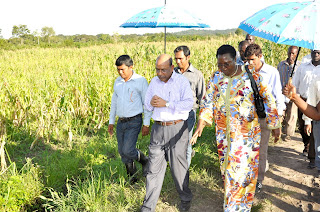 Sometimes it seems that there are so many programs to help people in Uganda, and yet, for myself, I’ve been making micro-loans through the Kiva organization for quite some time. Most of the loans are for agricultural seeds and markets and have always been repaid in a very timely manner.