This Earth Day begins with the largest study on perceived climate risks ever conducted in Bangladesh. Commemorating Hugh Brammer’s work in Bangladesh, findings from the study drive home the need for ground-up, evidence-based experience to inform climate policy.

The disappointment of many with COP26 is understandable. Yet again, historical carbon emitters failed to extend the requisite support to countries most impacted by climate change. The deep injustice in the matter is palpable, especially as these countries have contributed the least to the problem at hand.

Thus, countries like Bangladesh – one of the most vulnerable to the impacts of climate change – are strengthening its leadership role among the countries affected, through platforms like the Climate Vulnerable Forum, consisting of 55 developing countries.

Last year’s Intergovernmental Panel on Climate Change’s (IPCC) 6th Assessment Report published the latest findings on the physical science aspect of climate change. This year, we look forward to the report on its impacts, vulnerability, and adaptation. Furthermore, this year’s COP27, to be held in Egypt in November, is expected to focus more on the questions of adaptation, resilience, loss and damage.

Thus, for many countries already impacted by climate change, this year holds some promise to redress last year’s disappointment.

Successful adaptation to climate change crucially depends on a keen awareness of the risks – and the ability to respond to the risks appropriately – to safeguard populations living in vulnerability.

This is especially true for community-led adaptation initiatives, which are becoming increasingly important. However, awareness about specific risks from climate change may vary across communities, owing to the lack of equal access to information.

BRAC Institute of Governance and Development conducted the largest study on perceived climate risks in Bangladesh, using a dataset of 33,554 nationally representative households across 64 districts, from the baseline survey for BRAC’s Strategic Partnership Agreement in 2017.

To our knowledge, this is one of the largest assessments in the world on the perceived or felt impacts of climate change and environmental variations.

However, there is a weaker perception – or awareness – of the changes happening in other areas, like riverbank erosion and regional reduction in precipitation, suggesting that these hazards are not well communicated to communities at risk.

Additionally, certain perceived changes reported by the respondents have not been included in policy reports, indicating the need for the mechanism to better incorporate people’s experiences into policy.

As climate impacts are often indistinguishable from the risks arising from localised human activities and environmental degradation, our results call for a more nuanced analysis of how risks associated with climate change interact with those arising from natural hazards and social and economic issues.

Overall, there is a strong need for ground-up, evidence-based experience to inform policy.

By generating rigorous, multidisciplinary field research on environment and climate change, we wish to understand the complex lived realities of the communities affected.

This reality was captured, perhaps most powerfully, in the work of Hugh Brammer in Bangladesh. Since 1961, he has had a deep commitment to the country, and leaves behind a rich legacy. The proceeds from his book, ‘BRAC’s innovative contributions to agricultural development in Bangladesh and elsewhere’, continue going to BRAC as scholarships to students living in disadvantaged conditions.

Through his vast contributions in soil science, agriculture, land use, and later climate change, two consistent themes emerge: first, a commitment to learning from farmers and communities; and second, a full acknowledgement of the complexities, even if they upend long-held assumptions and go against popular knowledge.

It is in this spirit that this special issue of Ag4Dev, co-edited with International Centre for Climate Change and Development (ICCCAD), includes, in addition to the study, papers on land-use, food security, and climate change in Bangladesh; the role of computer-generated predictive soil mapping; and on policy implications of arsenic poisoning.

We felt it is important to share Hugh Brammer’s work as well as his research ethos, and to project forward what it means for current challenges facing the world.

In that dialectic between doing and learning, learning and doing lies the key in identifying solutions that would work for the climate change challenge. Combining action and research means that doers have to also be our teachers. People whose lives and livelihoods are most tied to the elements, to the soil and water and the climate, can teach us best about what will work on ground.

I invite people to read the journal and think of the challenges of bridging research and practice. How can we push for policies that accommodate the complexities of the real world, and accommodate local knowledge, especially from indigenous and farming communities?

Read more: Amplifying the voice of the Global South in climate science

The Environment and Climate Change research stream at the BRAC Institute of Governance and Development serves to illuminate how economic, environmental, and climate change together impact livelihood, vulnerability and migration, by applying data-driven research and rigorous impact evaluations of scalable, low-cost interventions in the field of climate change and environment. 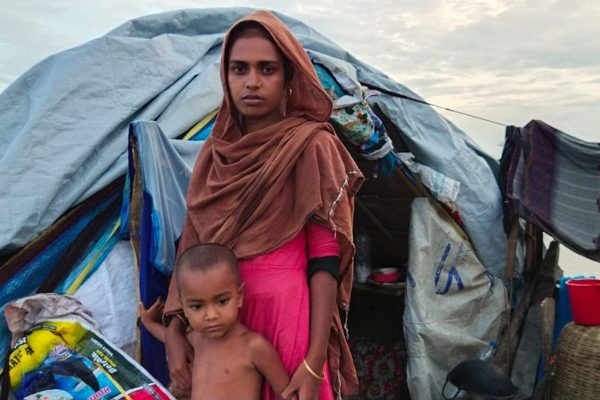