A steady stream of bad news is outweighing positive efforts in Bangladesh. Read the latest on COVID-19.

Bangladesh reopens, but is preparing to close again, partially. A budget speech admitted the ground realities but did not reflect it in the numbers and its ambitions. Bangladesh is starting to attract international headlines as a global emerging hotspot.

It has been almost two weeks since my last post. Since then a number of very positive policy reforms have emerged but they continue to be one step behind from what is happening on the ground. First, the good news:

However, the good initiatives were easy to overlook with the steady stream of bad news, around an increasing number of confirmed cases, the deaths that shook people up, and, in the words of Susannah Savage in the Telegraph, “the deep divide in Bangladesh society”. The path to the new normal got mixed reviews. People wore masks, but the quality of the masks and the seriousness of the people wearing them was questionable. Public transportation opened initially with half empty seats and double the fare. The empty seats were quickly filled up as the days passed. In general, people’s awareness of the virus was high, but appetite for behaviour change seemed low. The numbers – not unexpectedly – steadily increased, making Bangladesh one of the emerging global hotspots, along with India and Pakistan. According to a team of researchers from the University of Dhaka, the Directorate General of Health Services and the University of Toronto, total cases may double by the end of June. Within this backdrop, the Government of Bangladesh started implementing a more data-driven approach to lockdown and zoning.  This would be the last hope of containing the spread, while improving health protocols, hospital systems and creating secondary respiratory centres to reduce unnecessary deaths. The community support team supported by FAO and BRAC’s community health workers will start to expand in the coming days in specific hotzones.  BRAC is also poised to start targeted emergency cash support in urban areas with support from World Food Programme and USAID.

Amidst the pandemic, the national budget was announced. In his own words, the finance minister acknowledged that the “pandemic has uncovered a number of weaknesses in our health sector”. The budget speech then did not lay out any reform efforts. Nor has the spending on health inspired any hope – next year’s health spending will be only 5.1 percent of the budget compared to this year’s revised figure of 4.7 percent and FY16’s highest 5.3 percent. An additional BDT 10,000 crore of block fund for fighting COVID-19 is,  however,  a smart and timely move. The block allocation is spendable in many ways but one would hope that this would not be spent on inflated procurement that only adds to a hollow system. More here.

The European Union plans to support one million ready-made garment workers who have lost their jobs with an allocation of 90 million Euros. Each of the workers will receive BDT 3,000 for three months in the first phase. 17,579 workers in 67 factories have lost their jobs, according to the Department of Inspection for Factories and Establishments (DIFE).  The actual number of workers would be much higher. It may get worse, as a warning from the BGMEA president comes about an impending layoff to start from June amid global cancellation of orders due to a decline in retail sales. Amidst all this, a change of narrative is happening, with some factories fighting back unscrupulous buyers with unpaid bills.

As the spread of the virus increases, testing can barely keep up. BRAC’s own testing kiosks can not be expanded until further expansion of national lab capacities. The results from various labs are coming in with a delay of up to 5-6 days. With a huge queue creating relentless hassle for people, BRAC has introduced an online booking system for all of its kiosks.

Hospitalisation without a COVID-19 test and a certificate seems impossible, as most hospitals still do not have any space for people who are suspected COVID-19 patients waiting for test results. Experts also fear a rise of infections and cross-contamination in hospitals, in light of the government direction to provide treatment to both COVID-19 and non-COVID-19 patients in private and public hospitals. A number of safety measures, including separate health workers for each section, have been recommended.

39 major public hospitals do not have uninterrupted oxygen supply to treat patients. Lack of equipment and centralised oxygen distribution systems in the hospitals are affecting treatment. Hospitals depend heavily on the supply of oxygen cylinders. This shortage in supply is regarded as the main reason behind COVID-19 related deaths in the port city of Chattogram, which has the second-highest number of cases after the capital.

Officials plan to install liquid oxygen tanks at three public hospitals in Dhaka within the next 10 days. With all this conundrum around hospitals, and with increasing fatality figures, a significant number of high-risk patients are choosing to stay home. 20% of total deaths from COVID-19 are taking place at home, according to a section of DGHS. Regions hit by Cyclone Amphan are facing massive setbacks. 44% of schools in affected districts have been damaged. 12% of people have no access to proper sanitation facilities. 176,000 hectares of productive land have been destroyed. The Needs Assessment Working Group’s (NAWG) report provides key findings on the impact of the cyclone. The Humanitarian Coordination Task Team, co-led by the Ministry of Disaster Management and Relief and the UN Resident Coordinator’s Office, has developed a multi-sectoral response plan for Cyclone Amphan worth USD $24 million. The plan addresses health responses to COVID-19, and the mid to long-term socio-economic recovery of communities affected by the cyclone.

Five million transport workers are at risk of contracting the virus on duty. Bangladesh Road Transport Workers Federation has asked the government to provide protective gear, ensure proper treatment for the workers and compensation in case of casualties.

A door-to-door COVID-19 sample collecting vehicle in Kalihati, a sub-district of Tangail (central Bangladesh) is proving to be a unique innovation. The vehicle drives around the city, taking samples from suspected patients. The innovation, initiated by the sub-district health department, can collect up to 50 samples a day.

The first death of a nurse from COVID-19 was reported. Frontline staff continue to be at risk of contracting the virus, which has claimed the lives of nine doctors and 15 police officers.

Maintaining at least a one metre distance from other people and wearing face coverings and eye protection could be the best way to reduce the chance of viral infection or transmission of COVID-19, according to a systematic review and meta-analysis synthesising all the available evidence from the scientific literature, published in The Lancet.

Bangladesh needs to strengthen emergency healthcare, response and prevention measures, and a steady long-term plan for the overall healthcare sector, according to public health experts and health economists. The country’s allocation for healthcare services is only USD $88 per capita –  the lowest in South Asia. Experts highlight that an increased allocation is required to help the sector grow and meet basic needs, as the country is developing the budget for the next fiscal year.

More than 1 in 4 young people in Bangladesh are not in employment, education or training, a report by ILO has found. COVID-19 resulted in a rapid rise in youth unemployment since February, particularly affecting young women. The Ministry of Youth and Sports has planned a BDT 70 billion (USD 824 million) project to encourage entrepreneurship amongst 1.2 million young people. The project will deliver training on agriculture and fisheries, and is designed to stimulate the creation of new jobs. 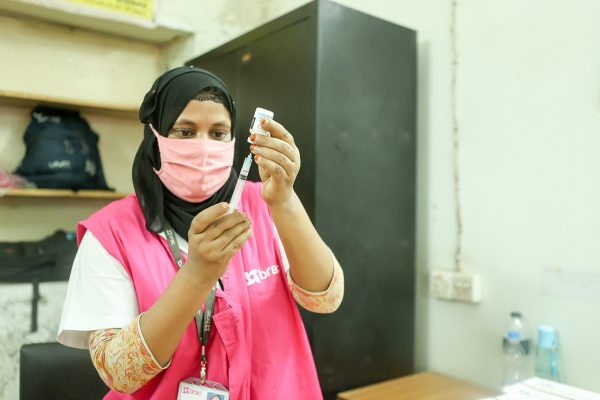