On a visit to talk to the families of Choukhali village in Naldanda sub-district, Natore, I came upon a broken latrine and was informed of a serious accident that had taken place just four days before. Its owner, a young woman named Akhi Akhter recounted her story, which confirms one of the many ways that progress is undermined is when people’s confidence is lost. Akhi’s husband had died that day, and right after his burial people heard a voice from the latrine screaming for help. “People rushed to the scene and saw that my aunt had fallen into the latrine. She was rescued quickly but her right leg and left hand were broken,” Akhi recollects. The incident had scared Akhi so much that she now refuses to go inside a latrine, “Everyone was frightened. I decided to never use a latrine and have not used one since that day.”

Akhi Akhter later mentioned that she had her toilet built with three rings, a pan and a slab that she had received from Brambopur Union Council the year before. Local people alleged that due to the low quality of construction, materials sometimes arrive damaged or break soon after the latrine has been installed.

Akhi’s story gives BRAC WASH more reason to promote awareness on the need for better quality materials and to keep encouraging rural sanitation entrepreneurs to raise their standards. BRAC strives to maintain a high standard in the construction and the materials used. The local regional managers take extra effort in looking out for sub-standard materials, avoiding suppliers that deliver low quality products.

While poor construction of latrines breeds distrust amongst communities like Akhi’s, its proper use goes on to encourage families to walk the extra mile to persuade others of its need. Two months later, I visited Ganak Para village in Shariakandi sub-district in Bogra – one of the BRAC WASH intervention areas. It took me by surprise when I came upon a woman installing a latrine ring by herself, knowing that this was conservative area where women rarely play an active role in construction work. The woman, Aklima Begum revealed how she would initially shy away from the WASH programme staff when they tried explaining to her the health benefits of having a latrine, “I felt embarrassed as I did not have a toilet.” Her husband, a day labourer, would react angrily whenever she tried talking about building a latrine, “He would say, ‘Gorib manush er abar latrine kisher?’ (Why does a poor person ever feel the need for a latrine?).”

Aklima took matters into her own hands. She asked a WASH programme assistant for a subsidy to install a latrine but was told that it might take time. Determined to have a latrine fast, she again requested her husband for one. It made matters worse; she got into a serious quarrel, and was beaten up. “I was crying. I did not cook for him that night and we stopped talking.”

However, things turned around the next morning when Aklima found her husband had taken their goat to Shariakandi market to sell. He returned home with the construction materials for a latrine.

These stories of change are slow but sure. The BRAC WASH programme touches people from the most remote corners, improving lives in so many ways.

Md Mahidul Islam is a regional manager in the monitoring and quality control unit of BRAC’s WASH programme in Bangladesh.

[…] When I visit communities for the BRAC Water, Sanitation and Hygiene (WASH) programme, I am met with examples of both good and bad practices. One can draw inspiration from the many success stories w…  […] 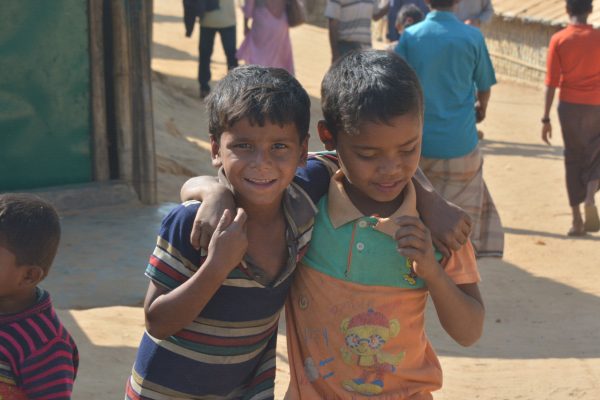