BRAC launched the livestock and poultry program in Sierra Leone in 2008. We have been developing many supporting activities such as disease management, poultry vaccination, dissemination of improved breed of cow through artificial insemination, supply of livestock and poultry feed and milk processing and distribution.

Sierra Leone turns 50 today. From a nation strife with civil war it has quietly turned into a nation of peace. BRAC opened its offices in Sierra Leone in 2008 and started its integrated programs from 2009. Drawing upon experiences from Uganda, Southern Sudan and Tanzania, BRAC was encouraged to work in Sierra Leone. With our four decades of experience in post-war and post-disaster development in Bangladesh, we are helping the under-privileged citizens of Sierra Leone maximise the socio-economic benefits and make peace dividends a reality.
BRAC is committed to supporting the government in peace building by providing access to sustainable livelihoods services to the poor at scale. Our work in Sierra Leone continues to grow and is expected to reach out to more than 25,000 microfinance members by 2011– a majority of whom are women.

“Indeed [BRAC] has made wide and substantial impact, especially at a time when our emphasis is to reduce poverty […] There is a need for us to empower the poor and that has been the area of your activities. You [also go] along with the areas of our priority [in agriculture and health]. The poverty level is very high and your commitment and efforts ensure that together we can reduce poverty as we move along.”
–President of Sierra Leone, Ernest Bai Koroma, during a visit to State House by BRAC officials

BRAC took into consideration the country’s high dependence on agriculture and that is reflected by the continued deepening of our outreach infrastructure into rural areas. Our focus is on improving the economic self reliance of the rural poor, using microfinance as the primary tool, reinforced by livelihood development support and transfer of agricultural technology. 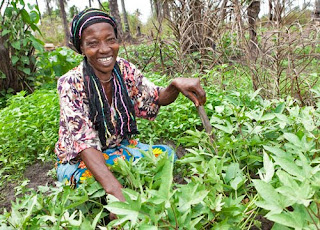 BRAC launched the livestock and poultry program in Sierra Leone in 2008. We have been developing many supporting activities such as disease management, poultry vaccination, dissemination of improved breed of cow through artificial insemination, supply of livestock and poultry feed and milk processing and distribution.
Since our start, we have helped more than 4.2 million people create and sustain livelihoods from different kinds of farming. In Sierra Leone, the majority of people are involved in small scale farming activities, such as raising chickens, sheep, goats, pigs or cows, and cultivating small plots of land of less than three acres. In addition to providing poor women with investment capital and inputs for their activities, BRAC provides training and support on modern farming techniques, which can greatly increase these women’s profits, thus contributing to the revival of the sector.
Health interventions have also been a major area of our work in Sierra Leone. We take a multi-pronged approach to reduce the health risks for poor communities in Sierra Leone. We focus on the prevention of malaria, tuberculosis (TB) and HIV/AIDS, the reduction of infant and under-five mortality rates, and increasing accessibility to health by taking healthcare to the doorstep of the people through our community health promoters. The health promoters are trained by BRAC to provide the basic healthcare services to their relevant community people. We also have plans to set up a telemedicine facility that will use mobile phones to increase access to qualified health consultation.
Before the war, official justice in Sierra Leone was the luxury of the rich and well-connected, while the poor had little hope of attaining it. For this and other reasons, many Sierra Leoneans rely upon unofficial, tribal justice systems. BRAC launched a paralegal pilot project in 2010 funded by OSJI (Open Society Justice Initiative) and Trocaire for this purpose.
Paralegals were recruited and trained and they have already started hosting community meetings to introduce the BRAC’s human rights and legal empowerment program. Paralegal mobile clinics were also setup and it is one of the most effective tools used in sensitizing deprived communities on basic Human Rights. 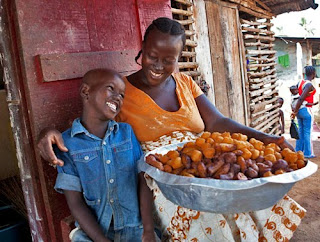 BRAC’s work in Sierra Leone is made possible through the generous contributions of our partners -particularly Omidyar Network, SEDF, Foundation Open Society Institute, Humanity United and UNCDF MicroLead Program – and the support of the government, with whom BRAC enjoys a close working relationship.
Celebrating Sierra Leone’s 50th independence anniversary is a time for reflection, motivation and inspiration. BRAC feels the people of Sierra Leone should be proud as a nation to celebrate 50 years of existence as a cohesive nation with unity in diversity, natural endowments and the transformation as a nation from war to a nation in peace. It is BRAC’s firm belief that with the continued support and the strong involvement of our stakeholders, BRAC will be successful in forging ahead in Sierra Leone ensuring that the country’s poorest are given the opportunity to realise their potential.
Click here to learn more about BRAC’s work in Sierra Leone.