In celebration of the 40th anniversary of BRAC in February, BRAC has announced an innovation challenge competition. You too can take part. Innovation is one of the core values of BRAC, world’s largest development organization. 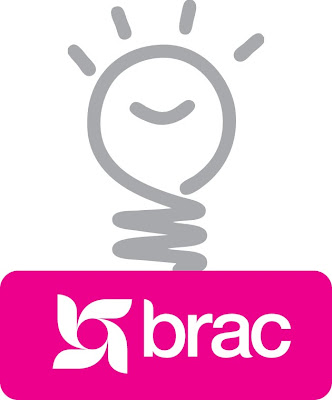 In celebration of the 40th anniversary of BRAC in February, BRAC has announced an innovation challenge competition. You too can take part. Innovation is one of the core values of BRAC, world’s largest development organization. Visit BRAC’s blog and website to get a sense of our strategy, previous activities, and the people we work with. Some major issues that we are currently confronted with are climate change, urban poverty, realizing the potential for the young people. See also the Facebook album where we are highlighting forty of our best innovations from the past. Come up with your own solution on how you can change the world to a more inclusive and equitable place.First round: Summarize your idea, in a succinct Facebook post. The first round of submission will be ending on 22nd January 2012. Users will post their innovation ideas. The winners of this round will be decided through the number of ‘likes’ and votes from a panel of judges within BRAC.

Second Round: 10 of the best ideas will be announced via Facebook update/tweet. These individuals will then be encouraged to submit a lengthier summary and explanation of their innovation via email. Based on which, the winner will be announced on February 6.

What Kind of Innovations are we looking for?
“Truly transformative innovations arise from urgent need” -Sir Fazle Hasan Abed.

Remember: Space is limited, so choose your wording carefully. It is important to mention the problem you are addressing, the idea, any evidence that the idea will work and the size of the population that it will be helping. Keep in mind, the winner is partially determined by the amount of ‘likes’ you generate, so be ready to sell the idea to the Facebook community. Also BRAC judges will score ideas based on relevance of problem it is trying to solve, its innovativeness and its potential for scaling.

Dates: You can submit your ideas up until January 23rd. Voting (likes) can continue until 11.59 AM, January 23th. But the earlier you submit the more chances you have to get the votes.

Eligibility: Anyone in the world with a passion for innovation and development is eligible for the event. In order to participate, you must “like” BRAC on Facebook. Those who want to know the results also have to like the page to get the updates from the BRAC pages.

is there any selected topic are there???what would be the topic….???

This is very cool! Using facebook as a medium of promotion, idea sharing and audience engagement that the corporate world has been doing recently, and it feels great seeing the world’s largest NGO is doing the same. We all must engage…digitally! Because truly speaking, it is THE future!