As parents, we are always curious about examination results, how we can get admission for our children in good schools and how to give education through private tuition etc. Second and third generation students’ parents can think in this way, but what about those students who are the first in their family to be going to school? As parents, we are always curious about examination results, how we can get admission for our children in good schools and how to give education through private tuition etc. Second and third generation students’ parents can think in this way, but what about those students who are the first in their family to be going to school? An untrained teacher in a classroom can not provide good education facilities for them. There needs to be a strong educational foundation to empower these first generation students to join the mainstream education system.

“In the old days [in Bangladesh], Panditmoshai (teacher) used to send the Sardar (class captain) to bring students who were absent. In today’s world we still feel the need of ‘sardar’”, said Syed Shamsul Huq, an award-winning Bangladeshi author and poet, in his speech. 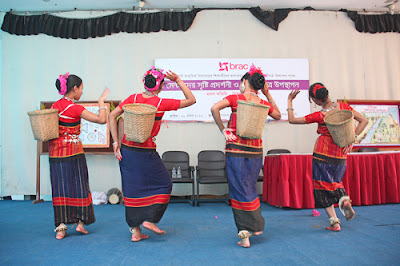 To bring qualitative change in secondary education, BRAC started training secondary school teachers. While giving the training, BRAC focused more on how to make students more active and participative in classroom. At this age, students follow their peers. BRAC realised that we should create structure which will be managed and run by secondary school students. Mentoring Programme was introduced with this very thought. Mentoring is an initiative to work with those students who are the first generation in mainstream education system.

Is the mentoring programme really an effective initiative by BRAC?

On 21st April 2012, in Shilpakala Academy, Professor Mahbuba Nasrin, Sociology department of Dhaka University, presented her research paper on BRAC’s initiative. Ten schools from each of the Mymensingh, Sylhet, and Rajshahi districts, 15 from Jessore, and 5 from Rangamati districts were selected randomly for study purposes. She discussed the scenario before introducing the mentoring programme in secondary schools, and the current scenario after implementing the mentoring programme. In those secondary schools, SSC examination pass rate has increased from 56% to 83%. Attendance rate has become 69% to 76%. Her team found that, students have become disciplined and are having positive attitude towards life & participating in co-curricular activities. like 91% are participating in debate and contributing to the wall magazine. Students are now concerned about cleanliness of classroom.

Now questions may be raised on how these activities can reduce drop out rate and increase attendance rate?

The answer is, mentoring programme also teaches how to create group for group-study. Usually meritorious students lead each group. In group discussions, comparatively weaker students try to resolve their problems by sharing it with peers. When they can not solve the problem by themselves, they share it with their teachers.

“We used to do chitchat in our free time. After going through the mentoring programme, we have learned how to utilize time and group discussion for study”- This is how Shima from Narshingdi shared her opinion about this programme. 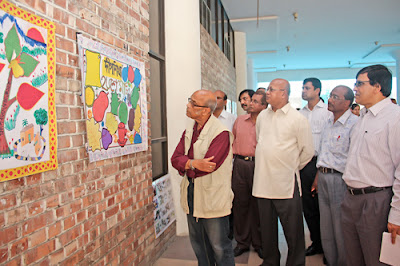 In city schools we see these activities are run by school’s own initiatives, but the numbers of these schools are very few. Dr. Mohammad Niaz Asadullah, Reading University, mentioned that students are not responsible for dropping out from school or being absent in classroom. Total school system is the main reason for this situation.

BRAC has learned secondary education system, its barrier, issues with its experiences. Now BRAC wants to start a few standard model secondary high schools which can serve as good examples in the country. Dr. Mahbub Hossain, Executive Director of BRAC, mentioned this at the end of the event and also added that hopefully by the end of this year, BRAC will open 10 more secondary schools in rural areas.