A tribute to a champion of the deprived

Through Abed’s commitment to serve the world’s deprived, BRAC has now extended its reach across the globe. It has invested its experience in rehabilitating the tsunami victims in Sri Lanka and the war-ravaged population in Afghanistan where two of its officials, working in high risk areas, were held hostage by the Taliban. BRAC is now reaching out on a large scale to serve the underprivileged populations in various regions of Africa. It has been actively engaged in Pakistan, Philippines, Tanzania, Uganda, South Sudan, Liberia and Sierra Leone. BRAC has even extended its reach across the Atlantic to Haiti. BRAC’s extraordinary engagement with the deprived has transformed it into the largest NGO in the world, with an annual budget which is approaching a billion dollars and a staff of over 111,000.

BRAC’s singular contribution to the world of serving its deprived communities has been its ability to take its programmes to scale so that they graduate from micro-welfare projects to the transformation of entire communities. It is now more than an NGO. Its scale of operations would suggest that it is now a corporation for the deprived. Its organisational capacity as well as its market recognition are comparable to any of the top international NGOs such as Oxfam, and have been recognised as management case studies in the best business schools. BRAC is now in a position to underwrite over 80% of its budget through operating one of the world’s largest microfinance programmes. Its investments in a variety of socially-oriented commercial ventures, such as BRAC Bank, have further enhanced its internal income generating capacity, which has enabled it to expand its programmes to reach even larger numbers of the deprived.

The remarkable growth and reach of BRAC owes in large measure to the herculean endeavours of Fazle Hasan Abed, its founder. Abed has combined extraordinary entrepreneurial and management skills with a genuine passion for public service which began with a commitment to the dispossessed of his own country, but has now extended to the deprived across the world. Abed, who began his professional life as a highly paid executive of a multilateral institution, went through the life-changing experience of direct involvement, first in one of history’s most devastating natural calamities, and then through his response to the genocide inflicted on the Bangalis in 1971. Abed’s exposure to the human consequences of such acts of violence by man and nature persuaded him to invest the rest of his life in helping not just the victims of devastation but those whose entire life is engaged in coping with the uncertainties of nature and the injustices of society.

In responding to the challenge of deprivation, Abed has demonstrated a renaissance vision, which equipped him to recognise its holistic nature in Bangladesh. He constructed a multi-faceted agenda for change which incorporated credit, healthcare, education and skill development so as to empower the excluded to stand on their own feet. His approach of transforming the poor from victims into masters of their own fate encouraged him to build an organisation which could graduate from aid dependence to fiscal self-reliance through building up the market competitiveness of its income-generating programmes.

The growth and transformation of BRAC has made it a role model for other NGOs not just in Bangladesh but across the world. These achievements have been recognised in a plethora of awards and prizes which have been showered on Abed and BRAC, and given Abed access to global political leaders, heads of international institutions and CEOs of the corporate world. Abed has invested 45 years of his life in serving the deprived at home and abroad. His humility and understated projection of his remarkable achievements conceal a quiet determination to let his actions speak louder than his words.

As he enters the eighth decade of his life, his commitment to public service remains undiminished. Within Bangladesh, he continues to broaden and deepen his engagement with the deprived. But Abed will not rest until he has brought about genuine change in the lives of the deprived not just at home but across the world. May he continue in his quest to serve the deprived as long as he has the strength and will to do so.

Rehman Sobhan is the chairman of Centre for Policy Dialogue. 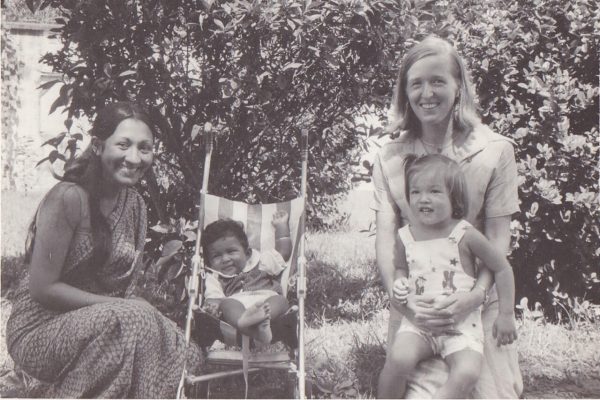