BRAC at the forefront of disaster risk reduction 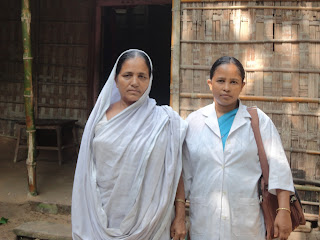 She learned basic CPR and knows first aid procedures of what to do when someone bleeds, drowns, breaks bones during floods or surges, gets burned or is bitten by snakes. She knows from her experience that the village’s age old activities such as spinning children by the feet to draw lung water out after they drown are malpractices which have killed people in the past. She passes on her understanding and knowledge from BRAC to others.

In observance of the International Day for Natural Disaster Risk Reduction, whose theme this year focuses on older people and disasters, Shukla represents one of the many faces among Bangladesh’s senior citizens who play an active role in their communities in building resilience against natural hazards.

BRAC first began operating in 1972 through disaster relief measures. Today, through its disaster, environment and climate change programme (DECC), BRAC has come a long way in this field. While the programme also carries out relief and rehabilitation, it stresses on proactive measures, all aimed at reducing the risk of disasters. Remaining loyal to the BRAC model, DECC prioritises its activities at the field level with due involvement at the policy levels as well. At the community level, knowledge on preparedness for cyclones, floods and droughts and its emergency responses are disseminated through community-based disaster preparedness trainings (which Shukla received), gononatoks (popular theatres), simulations of disasters and updated refresher trainings, to field workers to create awareness on disaster risk reduction. A cyclone victim in Chakaria, Cox’s Bazaar, who lost his house in the flood water.

Furthermore, besides building capacity measures, emergency response, relief distribution and rehabilitation are also important mandates for DECC. During these post-disaster interventions, the needs of vulnerable populations are addressed according to criteria prioritising senior citizens, pregnant women, children and community members who are sick, injured or disabled. The elderly are among the first who get evacuated to shelters, receive relief items and rehabilitation support. Alongside, during community-based disaster management planning, they are always consulted with because of their wisdom and geographical, historical and climatic indigenous knowledge. They participate in mapping the vulnerable zone of a village and a safe ground where shelters can be built. They also contribute to developing local seasonal calendars where their knowledge of past disaster events are used to identify seasonal or harvest patterns.

Inclusiveness, a core BRAC value, cannot be practiced without focusing on the senior citizens of our society. BRAC’s disaster, environment and climate change programme  hence, is not only aiding the safety precautions to protect the older members of the community but recognises the contributions and power of the wisdom that only the senior citizens can offer. In this way, along with all stakeholders of the society, BRAC moves forward in reducing the risks of natural disasters.